Valletta, Malta: skyline from Marsans Harbour at sunset. The cathedral

Good for: Long weekend away with friends, romantic getaways

I remember a distinct period of my life when vacationing abroad for the summer was an annual necessity. For a number of years I looked forward to that particular ritual and it was during this time that I began to truly appreciate all that could be discovered while travelling overseas. I realised that as much as I was seeking fun and adventure, I was just as, if not more, excited about the prospect of being temporarily immersed in another culture.

These days, the goal is not only to travel more often but to also travel to places I have never been to before. So, after a particularly stressful start to September, I decided I was going to revive my old travel tradition by catching the last of the summer sun in Malta.

THE BEST OF MALTA

With its winding roads and quaint architecture, it’s no wonder that Malta is a popular tourist destination. Many a sight on the island have a particularly ancient look and feel, which explains why it was a preferred filming location for numerous Game of Thrones scenes. But more than simply trying to find my way through the back roads of the fictional King’s Landing, there were so many other things I was able to discover about Malta.

Located on the small island of Comino, the Blue Lagoon is a frequent feature in the top ten sights to visit in Malta and for good reason. With its clear waters, the lagoon is ideal for snorkelling, swimming, or simply laying on the beach to take in its breathtaking views. 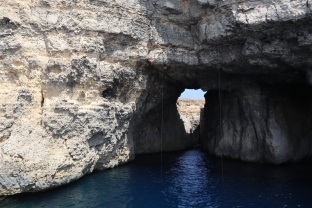 Exactly what it says on the tin! Popeye Village is a theme park on one of the set locations for the 1980 Popeye film. The entire village is nice to look at but it’s a little outdated and not my preferred idea of a day out.

Gozo is a small island just off of the main Maltese island. As with Comino, you’ll need to take a ferry ride to reach the island but it’s absolutely worth it, if only for the view on the approach to Gozo. Notable landmarks include the citadel, an impressive medieval structure that provides some of the best bird-eye views of the island. 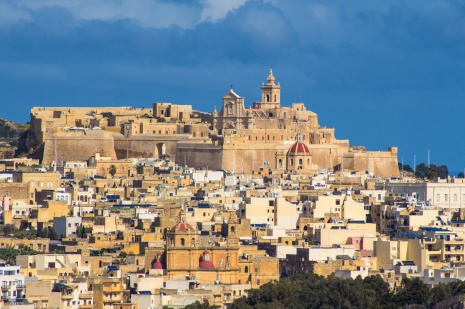 Malta is tiny and its capital city is no exception. It is a beautiful place to simply wander and take in the odd landmark such as Triton’s fountain and St John’s co-cathedral. 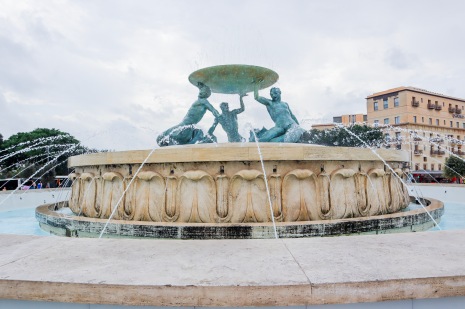 Mdina is a walled city much like many other ancient cities that can be found across Europe and the Middle East. As we approached the main gates, I was taken back to my trip to the old city of Jerusalem. If you’re feeling particularly fancy, you can take a tour of the small city by horse and carriage.

A wonderful little bay filled with many restaurants, bars, clubs, as well as a party beach.

I am a foodie at heart and part of my travelling philosophy is that I should aim to sample as much of the local food as possible. Malta is an ideal place for this because, in spite of its relatively small size, the island offers so many culinary delights!

The first thing I was keen to try was pastizz, a small cheese or pea-filled pastry that is a common street food in Malta and has the added benefit of being really cheap (around 40 cents). I had more of these than I could count!

Another local staple is Kinnie, a carbonated drink with a slight bitter taste. Kinnie is commonly referred to as Malta’s national drink due to its popularity on the island and while I can see why people would be drawn to its unique taste, it’s not something that I would miss too dearly if I never had it again. 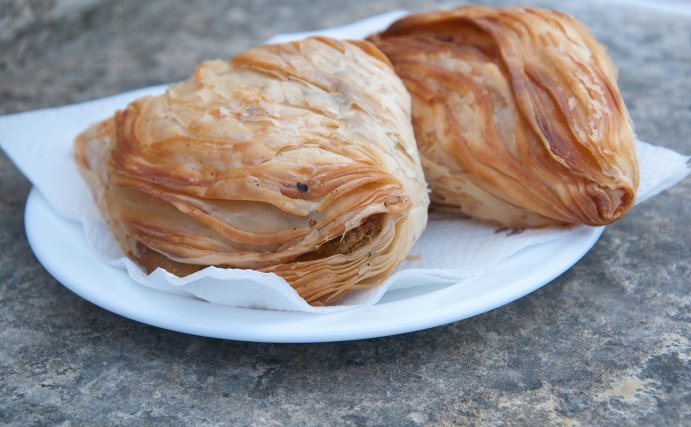 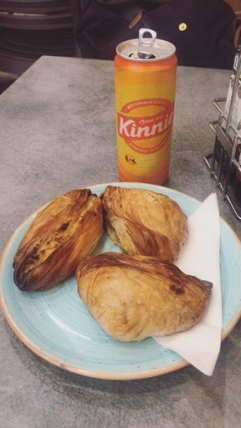 The one drink (or rather drinks) that did impress me was Maltese wine. I was lucky to try a few different kinds (red, white, rosé) and learned that although Malta produces several varieties of wine, these are rarely exported and are mostly consumed within the island. An added benefit of consuming local wine was that it was very cost-effective. We came across many different places where €1 would get you a glass of wine and a bottle would cost in the region of €5 – an absolute steal!

The great thing about islands and the fact that they’re completely surrounded by water is that this usually means that they have an abundance of seafood choices. Malta is no exception. During my stay, most of my meals consisted of various seafood options (paired with local wine of course!).

My trip took place in late September which also coincides with lampuki season in Malta. Lampuki are fish that are commonly found in Maltese waters throughout late summer where it features in many restaurant dishes and can also be easily found for sale across the island for the adventurous cook. Lampuki is typically caught early in the day and served in restaurants that same day so unfortunately, I found myself out of luck each time I tried to find a restaurant that hadn’t run out of its catch for the day by dinner time. I did also consider buying one or two lampuki from the fishmongers by the harbour but I was on holiday and didn’t much fancy trying to cook in my airbnb.

Verdict: Malta is blessed both in its abundance of natural beauty but also in its rich history, much of which is made prominently evident from the impressive architecture dotted all across the island. Add to that a unique cuisine, vibrant nightlife, and relatively cheap flights (from the UK, anyway), and Malta becomes an incredibly attractive travel destination. 10/10. Would recommend 😉

This site uses Akismet to reduce spam. Learn how your comment data is processed.

Begin typing your search above and press return to search. Press Esc to cancel.